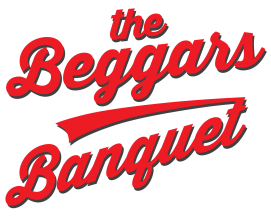 A consummate performer, Mike has shared stages around the world with an “endless” list of musical icons from B.B. King, Three Dog Night, James Cotton, and Steppenwolf to spending a week in Kandahar playing for the troops - one of his proudest moments.

This musician's musician is also very adept at paying homage to the playlists of other bands and has been playing the role of John Fogerty in CCR Tribute Band, “Bayou Boys” for years.

On stage Mike McDonald IS Keith Richards from the bandana, and colorful “Keef” garb, to cocky rock royalty attitude, and his signature Red Tele and White Fender Strat which continues to create some of the finest Hot Licks of all time.

Book Now! "Get yer YaYa's Out"
Copyright © 2019 The Beggars Banquet. All rights reserved.